The date can mean different things to different people.

For some, it is ‘Valentine’s Day’, a full 24 hour period specifically devoted to showing your love and how much you cherish your significant other.

For others, it is ‘Single Awareness Day’, a full 24 hour period used as a constant reminder that you do not have a significant other where you might shed a few tears, house some Ben & Jerry pints of ice cream and pray that you do not grow up to be a single cat lady.

And for a third group, it is ‘Get Drunk with My Friends Day’, a full 24 hour period devoted to being with your friends or strangers at a bar trying to act like you really don’t care it is a day to celebrate love by getting intoxicated. 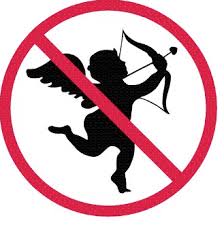 Through my own research from discussions with men, I have found this stat holds true for the majority.  Men have told me how the time period of the holidays through Valentine’s Day adds extra pressure when starting to date to an already pressure-filled situation.  Questions such as, “Do I need to get her a Christmas gift?”, “Does she want me to go to these family parties with her?”, “What does it mean if we share New Year’s together?”, “Are we at the point that I should do something on Valentine’s day?”, etc. are the types of thoughts that add to the pressure of the first couple weeks or dates of a relationship.  While men might shy away from the pressure, women usually thrive during this time and are looking for a special someone to curl up with during the celebratory period.

As mentioned, this is only for the majority; there are some men who choose to sign up for online dating during this time period because they want someone during the holiday seasons and there are some women who would shy away from the extra pressure instead of embracing it as well.

Now that it is past February 14th, it’s time for every single person to put themselves out there with nothing holding you back.

Single ladies, February 15th should be the actual national holiday and celebratory day for you. It’s the start of dating season for men.